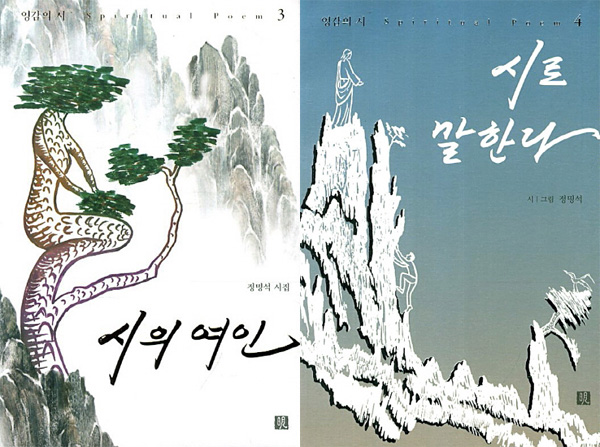 Recently, Poet Jung Myung Seok’s poetry collections “The Woman of Poetry” and “Speaking through Poetry” became a hot topic by being Kyobo Bookstore’s best sellers. In July when these poetry books were released, the hearts of readers were captured as the books battled for the first and second place among poetry books. These poem collections are part of the author’s series of “Poems of Inspiration,” and were published 17 years after the second edition of the “Poem of Inspiration” in 1996.

Through an extreme heart-wrenching life journey, he meets God and poetry

The third book of the poetry collection, “The Woman of Poetry,” contains the life story of a person who regards the creator God and the savior Holy Son as his Lord and lives serving them. It expresses that the core of human beings is the “heart and soul,” and the core of life is “love.” By communicating deeply with the core and root of all creation – God’s world, deep inspirations produce content which then becomes written in the form of poems. A human being living on this earth who climbed up steep and treacherous cliffs to reach the heavens will experience all kinds of training and pains that lead to the loneliness of life. However, to a poet who has the absolute belief that the invisible God truly exists and is present, these become a longing, a waiting, a meeting, happiness and hope, and overflows from his earnest and brimming love. That was how he could confess saying, “I met ‘The Woman of Poetry’ and wrote down these poems in the midst of the ‘desolate and lonely valley of life.’”

The poet’s prologue writes “Contents from heaven’s secrets are unraveled by poets, who use “Poems of Parables” to hide and write down these contents, in order for people to realize God’s time period.” As the poet writes, if one finishes reading the poems but is unable to unravel or realize the things hidden within, then there is no sense of achievement of reading the poems, and it will make the poet feel frustrated. It is hoped that there will be people who can realize through wisdom and understand the poet’s deep heart, thus discern the time period, redress grievances and ride on the times. The poet longs for such people of wisdom to appear.

Poetry is like a fruit that conceals a person’s life, a life of painstakingly loving God and making his soul complete. After the life has ripened, poetry reveals the poet’s completed soul, and presents his life unwaveringly. This poem collection comprises four major works: “The path of the cross,” “Poetry is flowing,” “Please go and love,” “God’s hands are pierced.” These let people realize the noble laws of life, including happiness in the midst of rainstorms, a masterpiece after struggles, sweetness after bitterness, and resurrection after sacrifice etc., and leads many souls who resonate with these laws to achieve a beautiful, mysterious and majestic history of recreation.

Another book that was released is the fourth book in the “Poems of Inspiration” series titled “Speaking through Poetry.” It intensely reveals the religious life and the life perspectives of the poet who has studied and preached the Bible for over 50 years. In particular, it recognizes the time of God’s providence and historical time. The works written in 2012 are categorized in four major chapters “Love one other,” “In progress,” “My beloved, please spread this word,” and “Eternal road,” and were made into a poem collection.

Through this collection, the poet poetically depicts the world of pain and joy that he dramatically experienced in life, and the scenes of hell and heaven that his soul witnessed through traversing the spiritual world. Thus, he conveys “if one lives centered on the ever-changing physical body, it will end in meaninglessness and death; if one lives centered on the eternal love that exists in the Almighty, then heaven can be achieved.”

Particularly in “Speaking through Poetry”, illustrations were drawn personally by the author who is both a poet and an artist. Just as one can recognize the species of the tree through the fruit it bears, the uplifting and appealing designs are works of art that let people recognize the poet’s sophistication at a glance. A drawing becomes a poem, and makes the poem more inspiring, leading people to the world of even higher realizations.
Just as a poem expresses a secret that cannot be comprehended by simple words, the picture is expressed in simple strokes, but contains the deep things hidden in the poem which form the core. The poet shares, “When you affix an appropriate drawing to the poem, it is like putting condiments onto the food, spreading a similar fragrance; it is also like a pine tree that stands erect on a rock, achieving harmony.” As you can see two works of art with different genres at the same time in one book, it creates more synergy and gives the readers added satisfaction and inspirations.

Jung Myung Seok was born in 1945 in Geumsan County, Jinsan-Myun. After appearing in the monthly “Literary Movement and Trends” in 1995, he published four volumes of “Spiritual Poem.” Ten of his poems were listed in The Encyclopedia of Korean Poetry (2011), which encompasses 100 years of Korean poetry history. In addition to his poetry work, he has been studying the Bible for more than 50 years, has been a regular speaker of the Christian Gospel Mission, and has been consistently written religious books such as “The Word of Salvation,” “The Word of Life,” and the proverbs collection “Heavens Words, My Words” etc. In addition, he exhibited many paintings and calligraphy works both in Korea and other nations (England, France, Germany, Argentina, etc.).

Chinese Translation of the report on God21.net 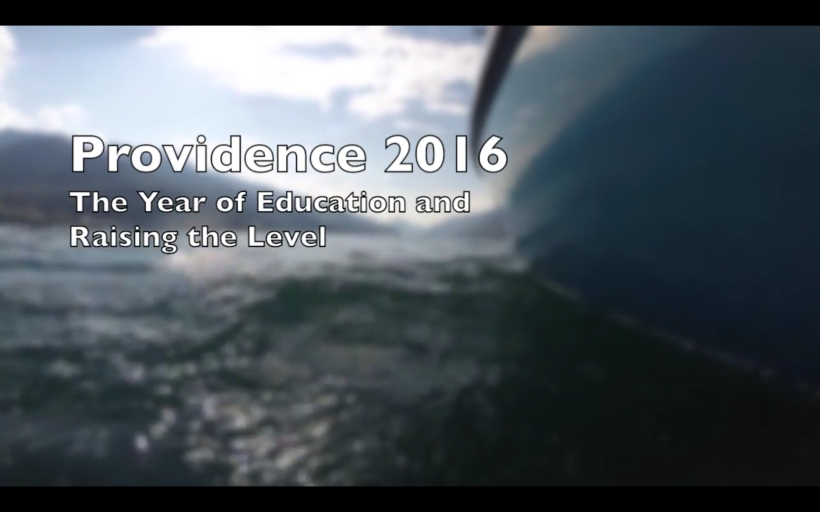 As 2016 comes to a close, let us spend some time amidst the festivities to reflect upon this special year.

In Providence, we received precious words daily. The most important are the sunday messages which Pastor Jung Myung Seok writes after deep prayer, and usually after taking action or receiving inspirations.

Week after week, these messages become the bread for our spirits and the light upon our path. We give thanks to the Trinity for these precious words.

2016 was the year of education and raising the level. We hope that all of us indeed learned a lot through the numerous words of education, and raised our levels in various ways in the Lord’s Will.

And here it is… after more than 12hours of video editing, and a year of writing the word… the 2016 Video recollecting the year’s words! 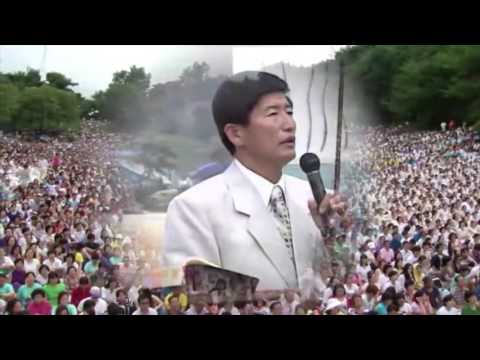 Connecting Heaven and Earth As One