A Milestone in the History of Christianity

On October 3, 2013 at 11am, I visited the Christian Gospel Mission located at 65-21 Wolmyeongdong, Seokmak-ri, Jinsan-myeon, Geumsan-gun, Chungcheongnam-do, to cover a story. Upon entering the mountainous region, I was surprised by the well-organized facilities and buildings on this large area of land that was about 991,735m2 . Officials of the church were explaining their doctrines to members who were visiting from all regions. The listeners appeared sincere.

I accompanied these people and kept up thorough coverage of the CGM. I also learned something knew- something different from a well-known fact- from an elder of the CGM, Kim Young-Don.

This religious organization is called the Christian Gospel Mission. Its history is brief. The CGM was established by and centered on university students and young people. It spread the gospel of Christ by practicing God’s truth and love. Due to the founder, President Jung’s correct teachings about the Bible, the number of CGM members increased to around 200,000 with 34 branches nationwide and about 300 churches. The CGM has also spread to 50 countries (including the United States, Japan, Taiwan, the United Kingdom, Germany, Brazil and the Republic of South Africa).

JMS is the acronym for Jesus Morning Star. The ‘Morning Star’ is from Revelations 22:16: ‘I, Jesus, have sent my angel to give you this testimony for the churches. I am the Root and the Offspring of David, and the bright Morning Star.’ J stands for Jesus. JMS does not refer to Jung Myung Seok.

The Inspirations behind the founding of the Christian Gospel Mission

Jesus Christ commissioned his disciples to spread the gospel throughout the Earth. This inspired the founding of the CGM. Another was to make this Earth into a world of true peace, which is a major talking point in the 21st century. The CGM members took initiative to spread the ideology of ‘if you love, there will be peace’ throughout the world and for all ages.

The history of the CGM

Despite its brief history, the CGM has around 200,000 members in around 300 churches nationwide. Internationally, it has spread to around 50 countries. This proves that the CGM is God’s history and a milestone to the history of modern Christianity.

The Wolmyeongdong training center is the Natural Temple built by President Jung Myung Seok along with CGM members. The Natural Temple was constructed over 10 years. It has become an international tourist attraction with hundreds of thousands of visitors from home and abroad vising every year. Summer retreats are held every year when young people come to train their minds and bodies. Also, annual flower festivals and rock festivals are held every spring and autumn, with its beautiful natural scenery. 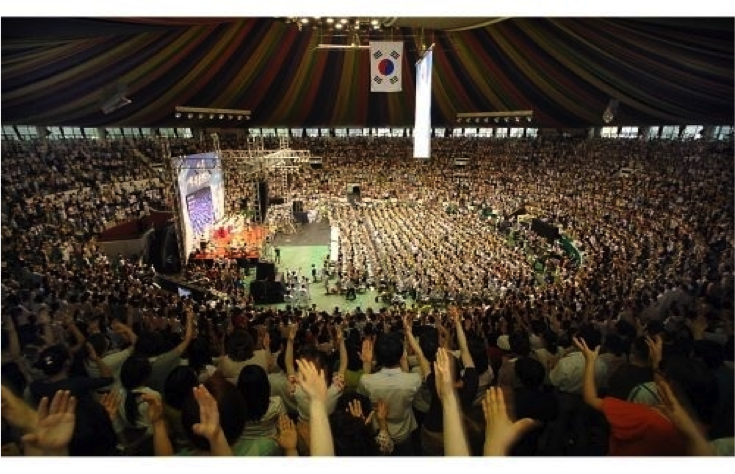 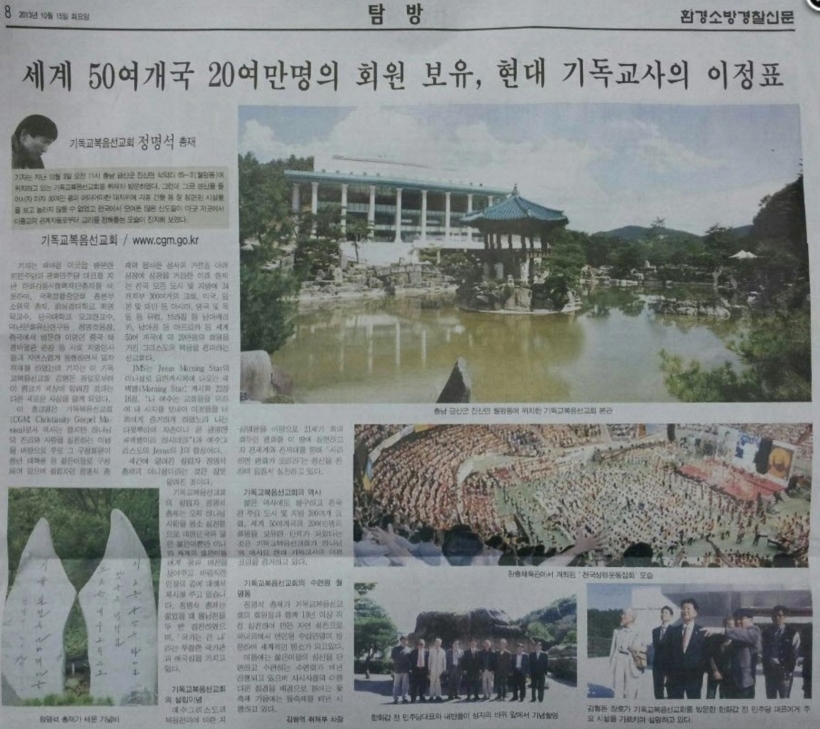 [The source of the news] [The environment, fire and police newspaper] This organization has about 200,000 members from about 50 countries worldwide; a milestone in the history of Christianity /writer Meeting and Conversation.